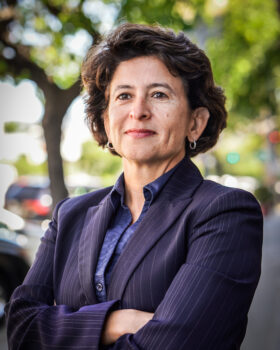 Adriana has more than 20 years experience in higher education as both a professor and administrator. She taught students at the community college and four-year university levels and was a trusted leader at several universities. She served as Interim Dean of Student Success at Evergreen Valley College and Department Chair of Liberal Studies and General Education at the National Hispanic University before becoming its Vice Provost. The National Hispanic University in San José was a Latinx-serving institution and the only one of its kind west of the Mississippi. Adriana is also a member of Mujeres Activas en Letras y Cambio Social (MALCS) where she served two terms as the national chair.

Dr. Ayala’s educational accomplishments are vast and include a Ph.D. and M.A. in History from the University of Texas at Austin and a B.A. in History with a minor in Ethnic Studies at the University of California at Berkeley. Adriana’s research interests include Borderland history, Ethno-racial relations in the U.S., and Chicana/o history.